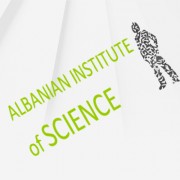 Open data and articles published in Open Data Albania and Spending Data Albania portals have been (re)used by the media and public at circa 90% of information disclosed by AIS. Concessionary Contracts publication has encouraged the media to better dive into data of calls for tenders related to concessionary projects.

A typical case is the parking concessionary contract in the municipality of Vlora. This tendered contract made in November 2014 and signed on February 2, had passed without the public and media attention. The contract has a timeframe of fifteen years and has its effects on the citizens and tourists of the municipality of Vlora. After contract was disclosed in our Concessionary Register, citizens of Vlora expressed their discontent about the concession. The same discontent for the Municipality decision, was articulated in media even by the representatives of central government through the Head of Prefecture in Vlora, Mrs. Etjona HOXHA. The Prefecture claimed that was not notified on this contract, although according to the municipality declaration this contract was signed by its secretary. Thereby, the General Secretary of Prefecture Mr. Dritan HALILI was forced to resign from his duty. Currently, supreme State audit and public procurement agency are verifying if there is any abuse and violations of the law in granting the concession.