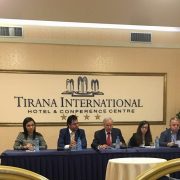 AIS is now engaged in a new lobbying project in favor of as fair Electoral Code as possible. The name of the project is ‘The Electoral Room for Reform’, and it is an initiative of five organizations, supported by the Open Society Foundation for Albania OSFA. 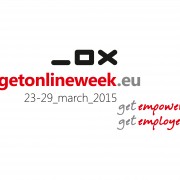 Get Empowered, Get employed

The European Get Online Week is an annual digital empowerment campaign that engages and empowers people to use technology and the Internet with confidence and skills that allow them to benefit of the world of online opportunities. The campaign is organized each year in March by Telecentre-Europe. 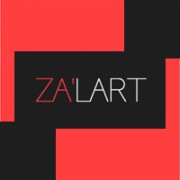 ZA´LART 2015, is a project where the citizens are invited to denounce (report and alert) on an open source platform (website & app mobile), about problems they encounter during electoral campaigns and electoral day. Citizens are empowered with tools that allow them to participate in a real time monitoring process. This project is a new form of democracy that aims to give voice to the common citizens’ through a crowd source platform.

The Albanian citizens will be heard and have the possibility to express a personal opinion on the electoral process. This project is based on ICT for Fair Election and aim to contribute for active citizenship and democratic process of Local Government Election 2015 in Albania. The facts (audio, photo and video), irregularities and information collected, will provide a clear overview of the electoral process and encourage the interested bodies (civic stakeholders and institutions) to undertake appropriate administrative and politic measures. 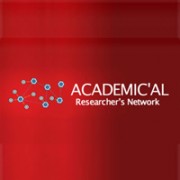 This project establishes a social media outlet where citizen-fed information becomes important and stimulates the solution of problems.

Goal: Create a movement in which citizens intervened directly with voluntary actions on environment, culture and tourism in the country. Smart Tourist Albania enables the citizens through an Open Source Platform consisting of a Web site and mobile application to report on the problems of tourists related to environment, cleanness, and pollution.

After reporting and communication with the social media, the project marked another success by becoming a movement where dozens of young people were organized on a voluntary basis for cleaning up the beach of “Kepi i Rodonit” in the summer 2012. Open Data Albania is an initiative that embraces the Open Data principles. The project aims to collect from public offices data on socio-economic indicators, process and publish them based on emerging topics and semantic technologies. Digitalization of 14,000 photographic plates of the 20th century in Albania. The project aims to enforce practices on the conservation of ethnographic objects and cultural heritage of the country. 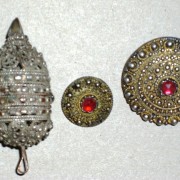 The Albanian Institute of Science has started to implement the “Digital Inventory of the Ethnographic Fund of the Pre-Alps Zone” Project. The project targets the villages of Iballa, MërturGuri, and Arsmiliska of Puka District, Region of Shkodra.The area is very interesting thanks to an entirely autochthone ethnography and culture. It contains the Early Medieval city of Koman (8th and 9th century). The assets of this area are currently being put at extreme risk with the local people leaving the area, and old objects not properly valued. There are still special buildings and ethnographic objects found in this area that represent culture and tradition, and a significant potential for proving the thesis of Albanians being an early European people, and for attracting cultural tourism to the area.

The purpose of the project is to identify architectural objects like tower-like houses or fortified workshops not recognized as monuments of culture, and therefore not registered as part of the National Cultural Assets Inventory Fund Centre. The project also intends to identify well-known ethnographic objects like folk costumes, handicraft tools for producing musical instruments or clothing; musical instruments like lahuta (a traditional type of flute) or flute older than 70 years. Each object shall be registered and entered in a digital inventory. The direct objectives of the project consist in identifying ethnographic and cultural values, but the projectis also expected to have an indirect impact on promoting an integrated tourism to specific areas for their nature and for their anthropological elements.

The program is implemented with the support of the Ministry of Cultures part of the Cultural Heritage initiatives. The Albanian Institute of Science has also implemented other similar projects, including “Digital Inventory of “Sotir” Phototek”, and the “Lahuta of the Albanian Epos” Exhibition.