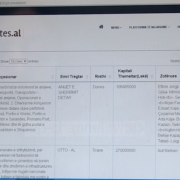 Journalist: A significant part of the high value and long-term concessionary agreements in our country are awarded to shell companies, whose shareholders are not known, and which are registred in countries like the Netherlands.

Aranita Brahaj: If we take a look at only 11 concessionary agreements, which are supported by the state budget, we will see that for maybe 50% of them, we do not know who their owners are, or that their control packages are registered in countries, which allow for shell or off shore companies.

Journalist: According to Mrs. Brahaj, authorities are not willing to check the integrity of foreign companies being awarded huge monetary values through public funds in our country. Such companies, though, must not be allowed to benefit from public money.

Aranita Brahaj: There is probably nothing wrong with accepting such companies exercising commercial activity in Albania, while they preserve the right of not disclosing their owners. Such criterion, however, must cease once they are awarded public contracts.

Journalist: The lack of detailed check of these companies is, in Brahaj’s opinion, also related with the interests f certain parties.

Aranita Brahaj: In some cases, certain companies could also be involved in conflicts of interest, which could also be an indication of state capture, i.e. the Government, through its lack of will or legislative gaps, allows for such practice benefitting certain parties or entities. This has nothing to do with good governance or governance in the public interest. This is governance in the interest of certain parties instead.

Journalist: Actually, the fact is that certain companies, which have no background in certain sectors are awarded public contracts exactly in those sectors. 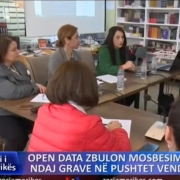 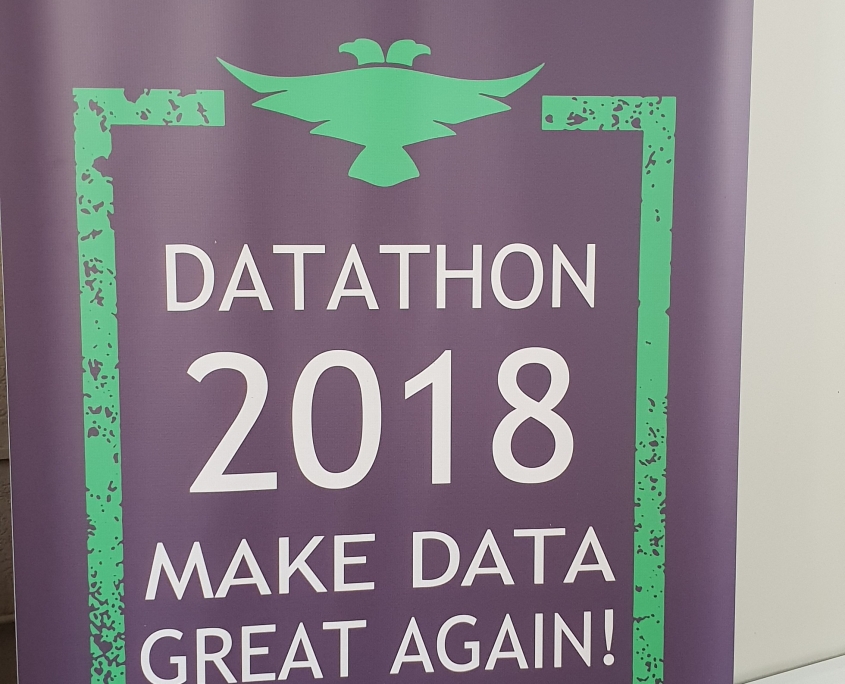 On November 1st and 2nd, 2018, AIS with the support of Lëviz Albania, held DataThon Albania in Voskopoja. DataThon is a marathon event, where journalists and activists were invited to work together to investigate, visualize, and analyze facts based on data collection and usage. This year’s edition theme was “How does my municipality spend my tax money?”

The DataThon was held for two days, 1st dhe 2nd of November. The journalists were divided into groups to find, analyze, visualize, and explain through simple facts, the process of budgeting, procurement, and other processes related with how municipalities spend the public money.

Journalists were asked to come up with an idea, work in their groups, visualizing and explaining processes related to Municipality spending and budgeting. The suggestion was to use the data available in databases like Open Procurement Albania; Open Corporates Albania; Spending Data Albania; portal for Local Finances , etc. Participants were selected through online applications on AIS website.

During the two working days, seven groups of journalists were created, of which five managed to successfully finalize a specific analysis and presentation. The event aimed at familiarizing journalists with the open data; introducing available instruments; promoting the culture of co-operation and exchange of experience and creativity. Awards were given to the best teams selected by participants’ vote.

Some of the presentations were also published on the Local Portal platform.

Some of the topics suggested by the participants included: 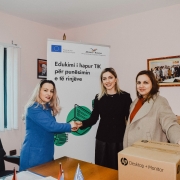 Open Data Kosova and AIS donated 18 computers to five schools in Kurbin and Lezha this week.  These computers were made available to the schools as part of the Open ICT Education for Youth Project, a cross-border project funded by EU IPA funds. the beneficiaries in Albania include the vocational public secondary school “Kolin Gjoka” and four public secondary schools in the territory of the municipality of Kurbin, i.e. Laci, Gorre, Milot, and Mamurras schools. Representatives from the management of the education office of Kurbin and the vocational schools of “Kolin Gjoka” in Lezha attended the donation ceremony. The project representatives handing over the donation were Dafina Olluri as the representative of ODK, and Besyana Hysa, representative of  AIS.

The project aims at increasing youth vocational skills in Albania and Kosovo in the ICT sector. ODK and AIS have created a platform in the Albanian language, called Kursori. The platform offers free online courses and training for local young people .

The technology sector is the biggest employer in the EU and the region. Employment in this sector involves decent salaries and jobs can be done online, with the young people having no need to immigrate. IT knowledge and skills guarantee safe and decent employment. ICT skills are also necessary for professionals in sectors like tourism, services, trade, and industry. The project in Albania focused in Lezha and Kurbin, given the concentration of population   in this area, the need for better use of resources, and the human and natural potential that the area offers. Kurbin and Lezha are two municipalities that, thanks to their geographic position and potential for tourism, offer convincing opportunities for co-operation and exchange with Kosovo. The project aims at enabling 500 young people from these five schools to complete at least one of the online training programmes on the Kursori platform. This empowers them in the labour market. The project shall be completed by March 2020. The students of the beneficiary schools shall be assisted during online training even by technical instructors from the Project. The platform is open to everyone. In addition to training, the young students will also be able to benefit from joint events and exchanges with the computer science students from “Ukshin Hoti” University,  and students from the Business Faculty of “Haxhi Zeka” University in Peja. 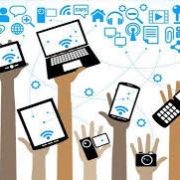 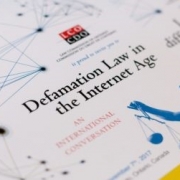 During January, AIS publicly opposed two draft laws proposed by the Albanian Government, as part of the Anti-Defamation legal package. The amendments proposed in the Law of Audio-Visual Media and Law for Electronic Communication, foresee that the enclosure and total censorship of portals registered in the Albanian and foreign virtual space can be ordered by non-court administrative institutions. AIS has prepared a report with its objections and proposals for the anti-defamation legal package. It has also participated in several round tables organised by the Government and non-governmental institutions and joined other organisations’ standing against this package, to defend the freedom of expression and human rights. 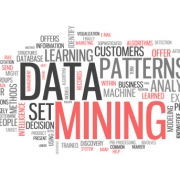 The Albanian Supreme Audit Institution (ALSAI) already disposes an innovative instrument, useful and transparent to highlight and present in a well-structured way the institution’s impact in the media and public. The data mining software solutions are considered an ICT innovation. Only in the last decade, these solutions have been applied initially by businesses, while nowdays from the Public Sector as well. ALSAI is the first Albanian institution that applies this software solution to detect, structure and catalogue media articles and technical publications related to the institutions’ results and impact. This instrument has been developed by AIS in the framework of “Transparency in Health Engagement” USAID Project. The data mining tool has been finalised in November 2018 as an instrument useful to transparency and anti-corruption. In the country, there are 220 companies owned by public institutions, municipalities or ministries. Their management and performance is of high importance, considering they are public assets, subsidized by public money and offer necessary utilities. In the 2017 elections, a considerable number of cases of electoral influence were reported involving state-owned companies’ assets. AIS has started working on the implementation of the “Monitoring Abuse of Public Funds by State-Owned Companies during Electoral Periods” project. The project consists of election oversight on monitoring abuse of state resources, and is supported by the USAID program, “Accelerated Civic Development and Cooperation”. The goal of this project is to educate and empower citizens through information and transparency about state-owned companies’ potential abuse (misuse) of their money, assets and human resources during 2019 Elections.