The Project Open Government against Corruption – Open Gov for Good Governance aims at implementing an activity on citizens’ participation in the process of ensuring information, control, and monitoring of local government spending and budgets. Another objective of the project is also to enhance the capacity of journalists, municipality councillors, and officials in using ICT instruments for transparency and accountability. The project is being implemented in three municipalities of Elbasan region, Cërrik, Belsh Përrenjas Availability of information instruments and enhanced capacities of the main stakeholders contributes to increasing citizens’ participation in decision-making, and makes institutions more accountable.

The “Open Government against Corruption – Open Gov for Good Governance” project is supported by the “Anticorruption and Capacity Development” sub-grant fund within the EU-funded CIVILISC project, implemented by IDM in partnership with the RiskMonitor Foundation, Bulgaria 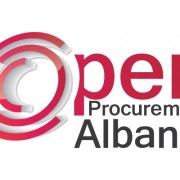 Lezha Citizens’ Initiative published the corrupt contract. Money spent for missing services. Citizens have no water. The database of Open Procurement Albania includes information about a fictitious tender, including unequal treatment of participants and manipulation. Where does citizens’ money go? Why expensive contracts do not guarantee even basic services? What happened with the water supply plant of Troshan in Lezha? Lezha Citizen’s Movement advocates for solving the problem. Open Procurement and Spending Data Albaniapublish the history of corrupt contracts, where money is spent in a fictitious way.

Such citizens’ reaction and protest was covered by both local and national TV stations.
Ora News
Report Tv

The tender for the water supply of Troshan village was not very timing in the first place, as it took place exactly before the implementation of the Administrative Territorial Reform, i.e. when Mayors of Communes handed over their ‘keys’ to the Mayors of the emerging municipalities. It was exactly on 20.03.2015 when then-Commune of Blinisht announced a call for tenders (open tender procedure) on its website for the construction of the water supply system of Troshan village. The fund limit for the project was 83.146.690 lekë (VAT excluded) or 99.776.000 lekë (VAT included). About one month from the date the call was announced, the Commune of Blinisht opened the offers, and disqualified seven out of eight companies that participated in the process, accepting only the only and highest offer by “Alb Tiebfau” shpk.

Here is the offer made by each participating company:

Several complaints were made against this allegedly corrupt procedure, but they were all disregarded. One of the companies, the most ‘combative’ one, “Be – Is”sh.p.k, was actually disqualified for having a bank account balance of 18.522 lekë less than required, a criterion introduced by the Contracting Authority, the Commune in this case, for participants to have no less than 4.165.649 leke in their bank account. This falls contrary to the law, and the company complained to the public procurement commission, but its arguments were ignored. following the rejection of all complaints made, the contracted company started to build the plant, which, according to official records, finished in 2016. The municipality reports in its actual expenditures that the contracted project was more or less implemented for what was panned, i.e. a budget of 42.5 million lekë”. On the other hand, the Municipality emphasizes in its declaration that the supervision and final inspection of the plant, which was estimated to take 0.4 million lekë for that period, was not actually done, i.e. no money was spent on supervising and inspecting the implementation of the project. However, even though the Municipality spent no money on supervision of works and inspection of the final plant in 2016, it did contract two companies for exactly these services, one on 12 October 2015, with PALMA CONSTRUCION SHPK for 245 thousand lekë for the supervision of works for the construction of the plant (no payment seems to have been made, though, to the company so far), and another one for the final inspection of the completed plant on 2 December 2016 for 1950 lekë.

So far, the Municipality of Lezha does not seem to have made any payments for the supervision and inspection of works, but it has now taken over the plant, for which the state budget paid almost 70% of the total amount of money allocated to this project. According to the official documents, about 3.5 million lekë were paid during 2015-2016 to “Alb Tiefbau”, while 2.9 million in the first quarter of 2017, and there is a remaining 2.5 million leke to be paid.

WATER SUPPLY PLANT – OUT OF ORDER

If you look at the official documents, everything seems to be in order, and no one would know anything if it was not for the local people, who raised their voice about the plant being out of order. they first protested in January, and asked for an explanation for the lack of water. They even met the Mayor of Lezha then, Mr. Fran Frrokaj, who promised that he would solve the problem.

They waited for 6 months, but nothing changed. Today, tens of families from the village of Troshan protested in front of the municipality. “Even one year after 100 million leke paid for the construction of a water supply plan we do not have any water”, they say, because the construction does not comply with any technical parameters. They expect the state authorities to give a verification and solution. “The water depot they built could be anything but a depot. It could be for animals, but not for humans. More than 70 cm of its height is sludge”, said an inhabitant of Troshan. Another inhabitant said that the plant is built three times, and there is still no water.

DISCREAPANCIES BETWEEN OFFICIAL RECORDS AND REALITY

So, it turns out that the plant is built according to the official documents, but the inhabitants do not have any water. The responsibility falls on the Municipality, which took over the plant. This is even confirmed by a statement made by Municipality representatives.
“The municipality is not going to take over the new water supply plant of the Administrative Unit of Blinisht without first making sure that it does supply water to all the intended families”, said the Mayor of Lezha, Mr. Fran Frrokaj at a meeting with some representatives of the village on 31 January 2017. According to Frrokajt, the Municipality would establish a working group to verify the implementation of the project.

The Deputy Mayor, Mr. Enver Hafizi, confirmed today, on the other hand, that the Municipality had taken over the plant even though the implementation did not comply with the plan. “There might be problems with the project implementation, but as far as I know, the plant is taken over by the municipality against a one-year guarantee, a time within which we may intervene”, stated Hafizi. Next, he tries to blame illegal water connections. “One of the main reasons for the lack of water is the illegal water connections’, said the Deputy Mayor, promising that the municipality would intervene, sth that the Municipality must already have done by January this year.

NO WATER, AND WATER BILLS ARE STILL PAID

Nevertheless, this is not the end of this tragicomedy. Regardless of the municipality excuses, people say that they have never had drinking water, and that claims about illegal water connections are not acceptable as long as it was the municipality itself which inspected the construction before taking it over. What is even more tragic for them is that they are still charged for the water that they do not actually get.