The Open Corporates Albania website, which provides information of an economic nature, in the Albanian language, reaches a record number of clicks. Over 20 thousand unique users every month, i.e. 40% more than last year, Open Corporates Albania has resulted to be a favorable website for the information it provides for business companies contracted by public institutions. In January 2020, according to Google Analytics, the website reached a total of 32899 unique users and 1 million page views. Although 90% of the information is only available in the Albanian language, the website is also clicked in other countries as well. Thus, 78.4 % of the clicks come from Albania; 4.2% from neighboring Italy, third comes USA with 3.4% of the clicks, followed by Kosovo, Germany, United Kingdom, the Netherlands, Greece, Turkey, and France. Currently, the website is being maintained and updated with data by AIS team, a non-governmental organization promoting Open Data in Albania

1 in 3 tenders without fair competition, open data encourage investigative journalism to denounce corruption with taxpayers’ money On January 7th, the TopStory investigative show on Top Channel denounced forms of fraud through public procurement tenders. Shocking facts were brought to the program for one in every three tenders without fair competition. 300 million euros of taxpayers’ money results to be lost every year, abused and misappropriated through tenders with clientelist elements. AIS, an organization promoting Open Data in Albania, contributed to this courageous TV investigation through data released: Specifically: Data about tenders and contracts with problems regarding competition published on the Open Procurement Albania portal; information about clientelist companies published in the Open Corporates Albania portal, and data on the payments from the State Budget published on Spending Data Albania . For the last four years, AIS has been publishing data and assessing the risk of irregularities in tenders, known as RedFlag procurement, identifying information and gaps for every tender held by municipalities ; Albanian Development Fund ; Albanian Road Authority ; Health Sector; Central Purchasing Agency; Public-Owned Agency;

The Albanian Government has signed eight contracts in 2019 for economic subjects that have obtained actual rights over state property against a symbolic price of 1 Euro. The Albania 1-Euro programme aims to grant potential employers (businesses) state property to use, with the purpose of increasing private investments and the number of employees. In 2019, six businesses and a non-profit organization have benefited from this programme. Only one of the contractors is a foreign investor. Properties granted for use in 2019, with a rental fee of only 1- Euro and for up to 60 years, are mainly industrial objects and military objects. In total, the Government has granted 537,503 square meters of total surface for 916 new jobs, without any contractual requirements that the employers in such contracts to be Albanian citizens. The investor, who has been granted the largest area, is the Albanian company Blu Imperial . More jobs in exchange for the Albania 1-Euro project are expected to be created by the Korean company Yura Co.Ltd, which will open a company for electric parts for cars. Its investment is estimated to be 6.5 million Euros and expected to create 516 jobs. Open Corporates Albania has prepared transparent passports for the business companies that have been granted rental contracts for only 1-Euro for state property.

Tenders and Contracts awarded by the Albanian Road Authority are now accessible by Open Contracting standards. Following tenders for municipalities, public-owned business companies, health, the Albanian Road Fund, and Central Purchasing Agency, the non-profit organization AIS is also ensuring transparency over tender stages and contracts awarded by this key contractor authority in the country. The Albanian Road Authority is the central planning institution for national road infrastructure contracts. The database and the algorithm for corruption risk show that 40 out of 100 tenders are marked by a redflag, indicating the potential for racial inequality. Open Contracting – The Albanian Road Authority is one of the activities of the “Improvement of the Integrity of Public Contractors” Project supported by the Embassy of the Kingdom of the Netherlands. The Ambassador of the Netherlands to Tirana, Mrs. Guusje Korthals Altes, was also present at the presentation of the database to a group of investigative journalists. 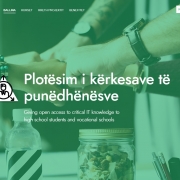 The “Open ICT Education for Youth Employability” Project, Grant Contract no. 2017/394-533 , implemented by ODK and AIS, scheduled to last from 15 January 2018 until 15 February 2020, targets beneficiaries/educational institutions from Kosovo and Albania. More specifically, high schools from Kurbin and Lezha Municipalities are among the targeted beneficiaries.
Following, you may find some information about the damages caused to the project beneficiary schools by the natural disaster, namely the earthquake of 26 November 2019 in this Memo HERE. 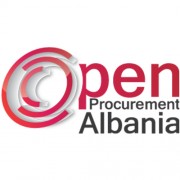 The company “Fusha shpk” is also awarded another contract for the remaining segment of Vlora Pedestrian Boulevard. The winner is announced last week, while the competition by the Albanian Development Fund was announced in August 2019. The value of the winning bid is 385 173 305 leks. 6 Albanian companies participated in the tender, and the procedure is marked by the Transparent Procurement Sustem by a red flag, finding 3 bidders of lower bids were disqualified.  Check out its passport http://openprocurement.al/sq/albaniandf/view/id/241

Fusha shpk has also won other tenders for reconstruction of bouleevards and pedetsrian sites announced by the Albanian Development Fund:

The passport of this company is updated on Open Corporation Albania http://www.opencorporates.al/sq/nipt/j61922018s

The list of contracts list signed with the Albanian Development Fund is published under Open Procurement Albania http://openprocurement.al/sq/albaniandf/list/corporate_id/J61922018S

The Spending Data Albania database, its Money and Power Section is updated with asset decalrations for the MPs elected in 2019. The data has been taken from the official statements made to the High Inspectorate for Declaration of Assets and Control of Conflict of Interest by applying for access to information. They are processed by reformatting their content by better structured categories. This provides easy access to data on real estate, cars, valuable items, liquidity, balance, loans and debts, and incomes from labour, business, third-party payables, heritage, donations, or subsidies. Such categorisation reflects also expected assets related to orders, enterprises, and investment. Those requires to declare their assets are supposed to declare both their personal and family assets. The MPs who received their mandate in 2019 and their assets are as follows:

You may find other declarations of MPs who have held mandates in the current legislature in the Spendingh Data Albania database, under the Money and Power section, MPs Legislature IX category http://spending.data.al/sq/moneypower/list/pos_id/48

Porta Vendore collects business promises for 61 million euros of donations publicly announced. What is happening to solidarity? Don’t they trust the Government, or do they just promise more than they actually give?

The Ministry of Finances does not welcome requests for transparency and accountability.  Donor conference to be held

The Ministry of Finances has published the sums donated by individuals, subjects and foreign governments via the Ministry’s website as to 3 December Afterwards, the Ministry has not made any updates, and it has removed earlier publications

In total, 7 days after the earthquake, the Albanian Government received 511 155 680 (five hundred eleven million and one hundred fifty-five thousand and six hundred and eighty) lekë only as donations for its post-earthquake response fund.

Some foundations have demonstrated a lack of trust by not depositing the charity funds they have collected in the State Treasure to be managed by the Government. Similarly, international-renowned Albanian construction businesses or artists have decided to build homes for several families directly.

Journalists Elisa Gjerani and Eljona Ballhysa have made some inquiries into the total amount donated as a sign of solidarity for this natural disaster. The article published with the Porta Vendore shows a total of 61 million Euros, several times higher than 4.2 million Euros collected in Albanian Government accounts until 3 December. Journalists Gjerani and Ballhysa have also calculated the amounts committed by members of the civil society or people like Lazim Destani, Shefqet Kastrati, Behxhet Pacolli, Samir Mane, Salillari, Gener 2, Rinas Airport (https://portavendore.al/2019/12/06/heronjte-e-vullnetarizmit-ne-shqiperine-pas-termetit-qindra-vullnetare-ne-terren-dhe-miliona-euro-te-dhuruara/ )

Meanwhile, the Albanian government’s decision to recognize the donations of Albanian companies as amounts to be deducted for tax purposes does not clearly specify whether this applies to in kind natural donations.

AIS addressed the Ministry of Finance and the Treasury Directorate (see Here) asking for transparency over the list of donors and respective donations. After that request, not only has the Ministry of Finances not published any transparent lists, but it has also stopped updating its online information every 24 hours, underestimating the principle of transparency and accountability for the entrusted donations.

From October 1st to today, municipalities have announced 4 tenders worth over 400 million leks. Two of them are tenders for Public Work, one is for cleaning service, and another one for purchasing security services for schools and institutions (cameras). 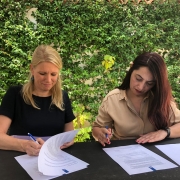 The newest project started by AIS is named Improvement of Integrity of the Public Contractor, Legislation, Practice and Role of Civic Actors. The project is supported by the Netherlands Ministry of Foreign Affairs, as one of the MATRA Program in Albania. On July 18th, the Dutch Ambassador Ms. Guusje Korthals Altes and Director of AIS Ms Aranita Brahaj signed an agreement for the launching of the project activities. The project shall make an assessment of the national legislation, comparing it with EU member states regarding the selection and evaluation of the private companies competing for public contracts. The findings shall conclude and recommend improvements for the national legislation and practice. Empowering investigative media and civil actors monitoring public contracting processes is going to be one of the components of the project, focusing on issues related with the integrity of private contractors.