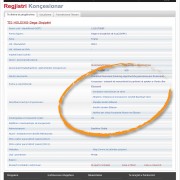 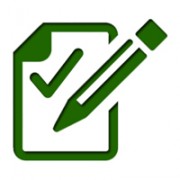 The Right of Information on Election Financing Entities

Our organization AIS, promoter of Open Data Albania, with the wish on civil society – media partnership, will conduct the training on the topic: The Right of Information on Electoral Financing Entities. This activity will be organized in the framework of Money, Governments and Politics, a project of information, transparency and citizens’ participation.

The Right of Information on Electoral Financing is provided by the Constitution. Fulfillment of this right is closely connected with its quest. Journalist and civil activist have an important role in the transparency process of Electoral Financing. The training aim to enable media representatives, increase the legal culture and knowledge on the topic. Therefore we invite prominent journalists in reporting during the electoral process, and investigative journalist, to register by expressing their interest to be trained. Registration deadline: until 4 of May. Selected candidates will be notified about the participation:

Trainers will be experts of Information and Electoral Financing Rights. The training is one day, and it will be held in Tirana, on May 9, 2015. Activity is supported by USAID / Albania through ASSIST Impact.

Please make your registration according to this Form:

For any detail contact Blerta Tuci, project coordinator at AIS.

Thank you in advance, USAID / Albania and Assist Impact are supporting eight civil society projects to empower democracy. In a special ceremony held on 16 of April, was the signing of grant support agreements. One of the wining projects was that of our organization, called: Money, Government and Politics. The Executive Director Ms, Aranita BRAHAJ signed the agreement on behalf of AIS. Through this project is aimed the promotion of transparency and civic reaction, release of data on the assets declared by senior officials and judges, as well data on assets and public expenditure.

As part of this project, Assist Impact, through a competitive process, has selected eight organizations from all over Albania. The goal of the grant is to increase the participation in decision-making, the role of the community and the accountability of public officials.

In the picture, the US Ambassador in Tirana Mr, Donald LU with grant beneficiaries. In the picture, the Ambassador Donald LU and the Executive Director of AIS Ms, Aranita BRAHAJ during the grant ceremony. In the picture Ms, Aranita BRAHAJ signing the grant agreement. Albanian Institute of Science became part of one of the most important events in Europe dedicated to Technology for Democracy and Active Citizenship. Personal Democracy Forum took place in Poland between 16 and 17 of April.

The topic of this year My Country: Open, Digital, Civic, reflected the interest of exploring how society in different regions, are integrated into the digital age. States are under pressure by citizens for openness and transparency. The forum brought together representatives of non-governmental organizations, activists, public administration officials and journalists from more than twenty countries.

AIS team was represented by Besjana HYSA and Blerta TUCI. Blerta TUCI Project Coordinator of AIS was one of the main panel speakers and presented: Money, Government and Politics, a project for transparency, innovation and civic participation. The presentation prompted the interest of a wide audience with over two hundred participants from prestigious institutes in Europe and other continents.

Money, Government & Politics through the opening of data for decision makers, public transactions and concessions, was estimated as a model of inspiration for civil society in Central and Eastern Europe. Publications in Spending Data Albania were considered as consolidated cases of use of technology for Democracy and Civic Activism. At the portal Open Spending Albania on the section Money and Power (One Stop Integrated Data Source) publishes data about the assets, incomes, and expenditures declared by high level officials in politics and judiciary. Such data were either declared in a certain year or before the public official took office. In any case, the respective documents contain the date in which it was submitted to the High Inspectorate of Declaration of Assets in Albania (HIDAA). Such declarations are made not only by the public officials themselves, but also by their family members, who are subject to declaration in accordance with the national legislation. Annual declarations contain information about the incomes of the respective year, properties gained during the declaring year, and expenditures, which according to the law, should be declared. The high public officials subject to such declaration include: the President of the Republic, Members of the Council of Ministers, and Mayors of main Municipalities, Members of Parliament, high-level Judges, Chief Prosecutor, and directors of independent institutions. The information they declare is published and made transparent in order to inform the public about the economic interests and assets of the high public official, who represent and govern the country. The data published under Money & Power are interlinked with those published under the Open Corporates Albania on business companies declared by individuals. The data for each individual includes the index number of the reference document submitted to the High Inspectorate for the Declaration of Assets in Albania (HIDAAA).