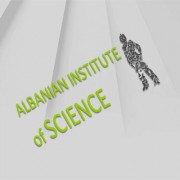 The Albanian Institute of Science (AIS), a local organization registered with the District Court of Tirana, is looking for a Program Manager. The period of employment for the selected candidate will be until 1st of January 2016, including two weeks of working test period. The renewal of the employment contract will be closely related with his/her work results for the whole period of contract duration. Candidates should have working experience in a similar position. Those interested may send their CV (including no more than 350 words) to aranita.brahaj@ais.al until 15th of September 2015. The CV must contain a description of the candidate’s previous experience as a Program Manager. Only candidates shortlisted through a CV-based selection will be invited for an interview. The description of the role and responsibilities of the post are given below:

Program Manager – roles and responsibilities include: 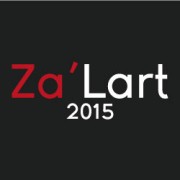 The ZA’LART platform under the slogan Make Election Count during the period 22 of May- 26 June 2015 reached 411 reports from citizens that contain information and denunciations of abuses in the context of the election campaign during the pre and post elections day of June 21st. Separated in 12 categories reports has identified cases of Abuse of Administration and Public Sector.Such violations marked a high sensitiveness that corresponds to 29% of cases reported or 121 in number.

Many cases of use of public sector are found, like: Mandatory presence of staff administration in electoral rallies, the demand to declare and vote promising in order to protect the work position. Cases of leave of work place are those of hospital staff and health centres that participated in electoral meetings during official timetable signed in Librazhd, FushëArres, Mirditë and Berat.

Tensions and Election Irregularities occupy11% of the citizens’ reports or 53 in number. Problem encountered during election process is the Vote buying phenomena in exchange of money, services and other benefits, reported 5 times more frequently than in the 2013 elections.

Attempts to manipulate the vote of first time voters, by recruiting them in public schools has been a problem often reported during the election campaign such as in: Vora, Rrëshen, Kukës, Kamza and Lezha. The large concentration of police forces, was reported in 13 cases, in particular the most problematic areas like: Koplik, Kruja and Lezha. Denunciations arrived at ZA’LART for categories like: Irregularities of Election Lists 16 reports and Violation of the Right to Vote in 21 reports.

During the pre-election period the largest number of reports arrived from municipality of Fier and Kamza with 17 reports each, as well as from Kukës with 16 reports. While in the Election Day the highest percentage of reports came from Shkodra29.3% followed by Fier 8.2% and Gramsh 7.1%.

Reports were verified and confirmed from the Ad-Hoc editorial room of ZA’LART in 52% of the cases. Each category of reports have been associated by audio-visual evidences,20 (video)and 257 (photo) reports. On the 21st of June (Election Day) 90 were submitted to the platform for categories such as Tensions and Election Irregularities with 25% of reports and Irregularities in the Functioning of Electoral Institutions 17%.

Twenty four reports arrived during the post-election days, 11 reports deal with the various problematic of electoral process and 9 reports with the dysfunction of electoral institutions. The broad impact of reported facts has enabled the media and civil society actors to access first-hand information on the entire election process.

Information and social networks of ZA’LART are:

Over 230 cases of “Vote Buying” reported at ZA’LART Use of Young People during Election Campaign and Vote Abuse

Election Day and Irregularities Reported at ZA’LART – Voice of America