The Members of Parliament are going to vote during the state of emergency caused by the natural disaster due to COVID-19, on the April 30th parliamentary session, on a law approving an extension of the concessionary contract for Porto Romano Port in Durres.

In our opinion, this political decision of the Council of Ministers is in violation of the Law on Concessions and Public-Private Partnerships, i.e. Law No. 125/2013, and more specifically, its Article 33 “Rules for Awarding Additional Works and Services to PPP Consultancies”, whereby extensions of concessionary agreements may only be made in specific conditions, which relate to the need for the performance of works or services already foreseen by the existing agreement. Under no circumstances are political decisions and negotiations allowed for additions to, and extensions of, the scope of the concessionary agreement beyond the procurement procedure, adding to the rights and benefits of the concessionary.

In June 2015, the Albanian government signed a BOT concessionary agreement (construction, operation and transfer of Porto Romano’s property and operation right) for Porto Romano, Durres, for the processing of navigational vehicles carrying over 20 thousand tons of hydrocarbons, where the concessionary company can process hydrocarbons in depth of more than eight meters. Concessionary Agreement MBM Port  http://www.opencorporates.al/sq/nuis/L51621501S was then owned by Adriatic Petrolium Platform ltd with 97% of the capital, and Salillari shpk; ATEC srl and Mampaey Offshore Industries BV with 1% each.

The structure of owners changed in February 2019 through donations and quota purchases, with Salillari finally owning 3% of the total capital, and Adriatic Bay Investment Group shpk owning 97% of the capital. The latter is a company of a controlling package owned by Kastrati Group  http://www.opencorporates.al/sq/nipt/k21711502v, a commercial company, whose activity consists of import and export of hydrocarbons.

On February 24th, 2020, the Concessionary Company requested on the government to change the scope of the agreement, by extending it from Processing cruise vehicles that transport Hydrocarbon to processing transport means of other goods. This addition is accepted by the government within a few days, and on March 31st, an additional concessionary agreement is signed on behalf of the Albanian government through the Ministry of Infrastructure and Energy. This extension of the agreement was also passed by the Parliamentary Economy Commission and is expected to be voted by the parliament session Thursday, May 30th. Such a change in the concessionary agreement brings effects as far as shipping goods in the country and the region are concerned.

Documents of this concession include the draft law, and additional contract, which you can find in the passport of this concession under the Register of Concessions, Open Corporate Database of Albania http://www.opencorporates.al/sq/nuis/L51621501S

The change and extension of the concessionary scope is not done through competitive procedure, but simply by political will. Similarly, changes to the scope of the concessionary agreement were not associated with market research, concessionary tariff changes, investment value changes, technical studies, consultations, or any assessment of their effects.

Failure to comply with the legal requirements on the approval of concessionary contracts, and even worse, making such changes by political decisions and in times of a situation of natural disaster, is a political irresponsibility of the current ruling majority.

Concessionary contracts and Public-Private partnerships are expected to strongly affect the country’s economy and public finances in the years to come. Arbitrary decisions without legal regulation, on behalf of political decision-making, and in the absence of any procurement rules, are high-risk moments for this economic sector.

In these same days, the Albanian Road Authority, has announced a call for tenders for the construction of  the  Porto Romano Road, Durres, with a limit fund of 669 384 858 (six hundred and sixty-nine million, three hundred and eighty-four thousand, eight hundred and fifty-eight) Leke, equivalent to 5.44 Million Euros, giving priority to this port by allocating a budget from the state budget investment fund for 2020. http://openprocurement.al/en/arsh/view/id/116

AIS, an organization promoting Open Data for Albania monitors public contracts and tenders. Our work consists of structuring information and documentation of the contracting process, as well as the creation of algorithms for risk assessment during contractual procedures.

Other notes and positions on issues with public contracting during the state of emergency have been published on AIS website: http://ais.al/new/en/

AIS has carried out several activities under the Improvement of the Integrity of Public Contractors Project, aiming at creating an impact through two components of the project: i. strengthening civic actors, media, and non-governmental organisations ii. Public pressure for improving Public Procurement legislation and practice in the country

Regarding the second component, AIS became officially part of the working table with the Albanian Government in drafting the new Public Procurement Law. Our organization presented its findings and proposals regarding problems of legislation on public procurement, and mainly the integrity of public contractors at this working table (government; agencies; parliament; international assistance bodies). Also, AIS has proposed that the Government should develop a public procurement strategy, and is already working on proposing the priorities that such strategy should have, such as improved digitalisation of e-Procurement and the practices of scanning competitors through short listing in the process of public procurement.

Please find some of AIS Recommendations for interventions related to the public procurement sector Here.

Another activity of our project Improve Integrity of Public Contractors was the preparation of two case studies for two large public contracts and procurements. The objects of the first one is the Concessionary Agreement for the financing, design, renovation, supply, reorganization and functioning of the PPP concessionary for providing laboratory services to hospitals, regional and municipal ones. The second case study refers to the procedure for Buying uniforms for the State Police for several years.

The first procedure is a procedure conducted in 2017 and finalized with a contract being awarded only in 2019. The selection was done through an open tender and a consortium of several companies was selected as the winner, [1]with these companies established a concessionary company later[2]. The procedure was followed by wide debate about the selection of the winning operator, as one of the companies of the winning consortium was registered in a country under the shell regime. The local authorities did not demonstrate any efforts to make any verifications of the integrity of this company or to check for potential conflicts of interest of its owner(s).

The case study developed as part of the project identified some wrong procedures that had already been opposed by the Government-contracted Consultant. Upon review of this case study, it was found that:

1) The Contracting Authority – the Ministry of Health, did not meet one of the essential conditions provided by the Law and Regulations on concessions/PPPs, namely: The legal obligation of comparing the PPP Model with the Public procurement to prove the cost effectiveness of the PPP project compared to the Public procurement, which would allow for the development of this Project;

2) The Contracting Authority has not published any reference for the financial analysis based on technical, quantitative, or statistical elements for the laboratory services as the basis for calculating the value of the Project in the amount of 13,005,966,000 lekë, without VAT;

3) The Implementation of the Laboratory Project for almost the entire Territory of the Republic of Albania carries an edit risk for the Public party, because in case of failure, this could lead to collapse of the Public laboratory system, which would be a health catastrophe;

4) The Contracting Authority has failed to deliver on its commitment to reduce the social impact of the project.

5) The Winner of the Project is selected in contradiction with the legal framework on concession/PPPs, the criteria published by The Contracting Authority, and without taking into consideration the Opinion of the IFC international expert;

6) The contract does not provide for one of the main insurances for projects of this nature, such as “Insurance of Professional Liability”.

The case of central purchases represents the highest value tender held so far by the Central Purchasing Authority. This tender is held on behalf of the State Police Directorate. The procedure selected for contracting in this case is a particular procedure rarely used, given its limits regarding the high monetary values. What is interesting is that this tender is being held at the same time the project is implemented. This case was selected given the problems already evident with the type of procedure followed[3], already excluding interested operators from competing by selecting them through the limited procedure 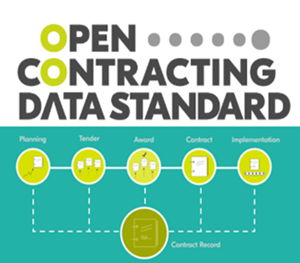 AIS, an organization promoting Open Data Albania, observes with concern that the Albanian Government has decided, in an anti-constitutional manner, illegally, and without any legitimate need, to consider Secret Contracting and Procedures for purchasing during the emergency created by Covid-19.

Our organization considers these acts of the Government as anti-constitutional, illegal, unjustified, and in contradiction with the basic principle of good governance, i.e. Accountability and Transparency. Direct Negotiation (Article 33 of the Procurement Law) and the Request according to the Limited Procedure (Article 31 of the Procurement Law) are sufficient to guarantee fast, efficient, and intelligent Contracting and Procurement, and proportional to the Essential Interests of the People of a State.